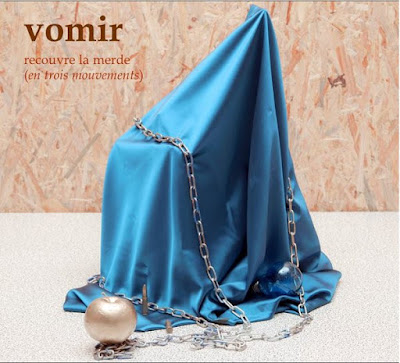 In the world of Noise and (Post) Industrial, there seems to be no sub-genre that conjures up more controversy than Harsh Noise Wall (or HNW, in short). Fanatically adored by some and downright despised by many in a highly verbal way, this form of mostly static and deep, crunching noise is certain to provoke at least some kind of reaction. Within the field of HNW, one of the few projects that surpasses most others in terms of recognition (and supposedly relevance) is Vomir. In about 10 years of activity, HNW veteran Romain “Roro” Perrot has done 228 releases (according to Discogs) under this moniker – tendency growing!

“Recouvre la Merde (en trois Mouvements)” is a full-length album (and with a running-time of 72 minutes, this classification is to be taken literally) which was recorded live in 2013 and released by 4iB Records from Singapore in 2014. First of all, this professionally pressed and manufactured CD looks great. The cryptical (and probably symbolical) cover art is accompanied by juicy pictures of women defecating into each others' mouths and similar Scat imagery, as well as pictures of Romain playing live with plastic bags wrapped around his head. Furthermore, 4iB included a small sticker stating the limitation number. 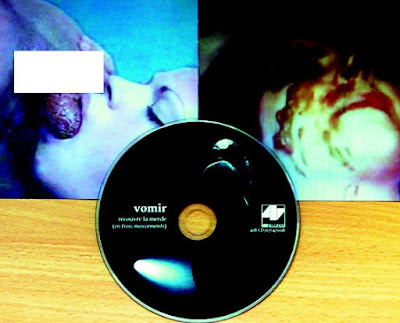 Despite the fact that “Recouvre la Merde (en trois Mouvements)” is basically one long track, it is separated into three stages of development or movements, as the title implies. Vomir's compositions are deep and layered. Naturally, the static nature of his usual sounds is maintained (it is Harsh Noise WALL, after all), but there is the constant feeling of movement and things happening beneath the surface. Crunchy and ripe rumbles, lengthy distortions and and an almost peculiar form of depth allow the attentive ear to delve into the soundscapes and be sucked into them. 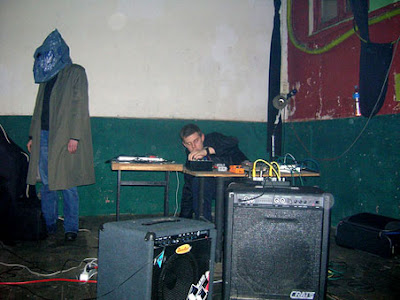 Whereas the first movement starts out as somewhat mid-ranged and flatter than the others, the second movement appears a good deal more multi-faceted and deep. A crunchy and sharp tone with a lot of brooding elements stretches out for a healthy amount of time until the third movement (or variation?) kicks in. This is by far the most interesting one. Forceful and aggressive distortion, deep, wolfish frequencies define this final part, which is also, by far, the longest. The little details are always present and not too drowned in the ripping main sounds, so that they can do their task and stop “Recouvre la Merde” from becoming monotonous or even boring.


“Recouvre la Merde” by Vomir is a good album that avoids most flaws that make the work of other artists uninteresting. Offering much more than default HNW, this full-length may not be able to convert those who hate the genre, but definitely shows why Romain is still one of the leading figures in the game. Also, the pressed CD format and great artwork are a huge plus.
Eingestellt von Unknown um 08:05